TFM’s Stars Of The Future will now look at the latest sensation that is set to be unleashed from Argentina, Manuel Lanzini of River Plate. Lanzini has been considered as the future of Argentine football. 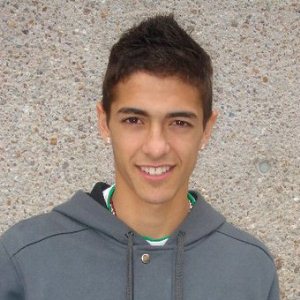 He was born on the 15th of February 1993 and has earned the nicknamed La Joya, which translates as ‘the jewel’ in English.

Lanzini began his career with Argentine side River Plate. He started with the youth set up and slowed worked his way to the senior squad.

The talented midfielder made his professional debut as a 17-year old on August 8, 2010. 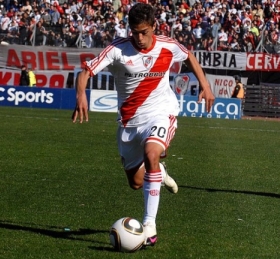 It was is a 1-0 home win over Tigre, in which the attacking midfielder saw action for 45 minutes.

He played 63 minutes before being replaced by Mauro Díaz. River eventually won the Match 3-2.

Lanzini has so far only played 9 matches for River Plate but has managed to attract plenty of interest from clubs all across Europe.

It is said that clubs such as Manchester United, Chelsea, Real Madrid, Barcelona, Inter Milan and many more have posted scouts to watch this exciting Argentine talent.

Lanzini is yet to be capped for the Argentine national team and it is only a matter of time before the youngster gets his call-up.

Lanzini’s primary position on the field is as an attacking midfielder and assumes the role of a play-maker for his team.

The young midfielder is well known for his sudden burst of speed and excellent dribbling ability.

Lanzini also has the ability to control play in midfield and this is an important aspect of being a successful midfielder in the modern game.

The 18 year old is also occasionally deployed in the flanks to play as a wide winger.

Real Madrid vs Barcelona – Who Will Win?