TFM’s Stars Of The Future returns and we now take a look at Marco Davide Faraoni, an Italian footballer who plays as a full back for Serie A club Internazionale. 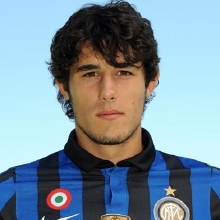 Born in Bracciano, the Province of Rome, Lazio, Faraoni started his career at S.S. Lazio, which he could play right or centre-back.

With the team, he also won Torneo di Viareggio (Carnival Cup) which held during carnival 2011 (days before Lent). He played various positions for the team, from right-back, left-back to right wing-forward. 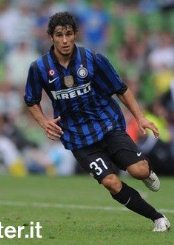 Faraoni graduated from the youth team in 2011. Under new coach Gian Piero Gasperini, he played in pre-season friendlies, usually as a midfielder (wing-back) in 3–4–3 formation and made his competitive debut in 2011 Supercoppa Italiana in Beijing.

That match Gasperini used his symbolic 3-5-2 formation in the first half but changed to 4–4–1–1 in the second; Faraoni substituted midfielder Ricardo Álvarez in the 63rd minute, as a left-midfielder.

He made his Serie A debut 3 months later, under new coach Claudio Ranieri, replacing Jonathan at the last minutes.

He made his European debut on that match, replacing Álvarez on 22 November 2011, a 1–1 draw with Trabzonspor. Faraoni played 5 out of possible 6 matches for Inter in December, all as right midfielder.

Faraoni was a regular member of Azzurrini (Young azure, the nickname of Italian youth teams). After made his U-16 debut, he was named in the squad of 2006 U16 international Val-de-Marne tournament.

In November 2010 he received his first U-21 call-up from the new coach Ciro Ferrara; on 17 November he made his debut in the friendly match against Turkey played in Fermo.

The youngster also has an eye for goals and does not think twice to unleash shots from outside the box.