TFM’s Stars Of The Future returns and we will now take a look at a teenage sensation from Australia, Mustafa Amini. 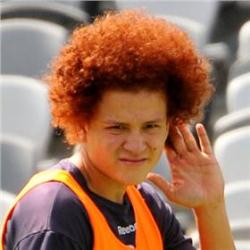 Mohammad Mustafa Amini, or simply Mustafa Amini is an attacking midfielder currently playing for the Central Coast Mariners in the A-League. 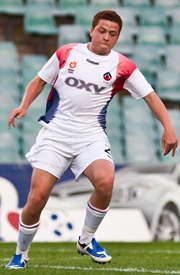 He was signed by the Central Coast Mariners on a 2-year contract in the A-League.

Mustafa Amini was signed from the AIS team which played in the 2009-10 Youth League season.

Amini made his debut for the senior team in a friendly against fellow Gosford club Central Coast Lightning in the which the Mariners won 7-1.

Amini made his official A-League debut for the Mariners in a match against Brisbane Roar on 20 October 2010. His first goal came in a 3-1 away win against Gold Coast United on 9 February 2011.

Amini’s progress did not go unnoticed as he soon attracted major interest from German clubs Borussia Dortmund and Bayern Munich.

It was soon announced that Amini will be joining Borussia Dortmund for a 2 week trial in preparation for the 2011 FIFA U-20 World Cup in July with a view of signing a long term deal with the Bundesliga club. 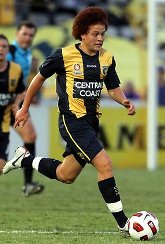 Only days into his trial Borussia Dortmund publicly announced that the youngster has caught the eye of first team manager Jürgen Klopp stating that “he can definitely play football and is a really great talent.”

Amini has been earmarked by Young Socceroos head coach Jan Versleijen as one of the local game’s brighter products.

The teenager was selected to play for Australia U-20 in a four-match tour of South America against the Argentina U-20 and Paraguay U-20 teams from 3–19 April. He was then selected for the Australia U-20 again for the 2010 AFF U-19 Youth Championship.

On 23 March 2011 after impressing on trial at Borussia Dortmund Amini was called up to the Australian national side training camp by Head Coach Holger Osieck which was being held in Germany.

Amini plays as an attacking midfielder for the Central Coast Mariners.

The youngster has made a name for himself with the ability to score goals from outside the box thanks to his incredible shot power.

Amini is also known for his dribbling skills, speed and ability to pick out a pass to a team-mate.

Besides that, at 5 ft 8 in, Amini also has the physical power to muscle out any challenges in midfield.