Previously TFM‘s Stars Of The Future had made a full detailed presentation of Dominic Adiyiah from AC Milan and Haruna Lukman of AS Monaco. 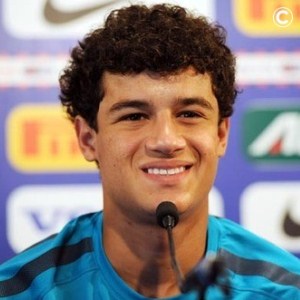 Coutinho was born on the 12th of June 1992 in Rio de Janeiro, Brazil and is known for dribbling ability, tricks to beat defenders and powerful shots at goal.

The 5 ft 7 attacking midfielder who can also double up as a winger can play with both his foot and often gets supporters jumping off their seats with his skills and trickery.

The youngster made waves across Europe as a kid and was bought by Italian Serie A powerhouse Internazionale in 2008, when he was only 16 years of age.

Coutinho however did not make the switch immediately but stayed on with the Brazilian club on loan until his 18th birthday.

During this time, Coutinho became a first team player for the Brazilian side despite his very young age.

Coutinho’s move to European and Italian champions Inter Milan became effective on July 2010, after he turned 18. 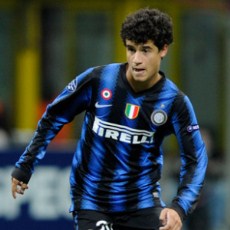 New Inter Milan manager Rafael Benítez and chairman Massimo Moratti declared after signing the youngster that “Coutinho is the future of Inter”.

The talented Brazilian made his official debut in an Inter jersey as a substitute during the Nerazzurri’s 2-0 defeat at the hands of Atlético Madrid in the 2010 UEFA Super Cup final on 26 August 2010.

Since then, he was regularly featured in the starting lineup for Inter, being hailed as one of the most talented and promising Serie A footballers.

He has so far made a total of 9 appearances for Inter Milan and is yet to score a goal.

Coutinho is also said to be a combination of Brazilian great Robinho and Ronaldinho.

Coutinho was also a key player in the Brazilian squad that won the 2009 South American Under-17 Football Championship held in Lagos, Nigeria.

He played together with other Brazilian starlets such as Neymar and Ganso and the talented midfielder helped Brazil, who have been the dominant force of the tournament, win for a record ninth time.

Coutinho made his debut with a Brazil jersey as a senior international player on 7 October 2010 in a friendly match against Iran.

New Brazil coach Mano Menezes decided to revamp the entire Brazil squad after their failing at the 2010 World Cup in South Africa and Coutinho is one of the players ear-marked to lead the new look Brazilian squad.