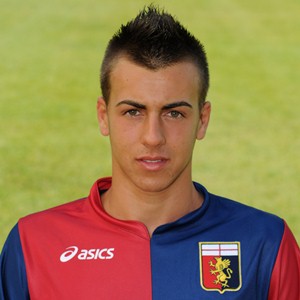 Stephan El Shaarawy is an Italian footballer who plays for Serie A club Genoa. El Shaarawy is product of Genoa’s youth system and plays as an attacking midfielder.

Born in Savona to an Egyptian father and an Italian mother, El Shaarawy joined regional Serie A club Genoa at the age of thirteen.

The youngster spent four years training and honing his skills with the Genoa youth set up before being promoted to the first team.

At the tender age of 16, El Shaarawy made his first team debut, playing ten minutes in a Serie A away match against Chievo. It was his only appearance of the season despite making the bench many times. 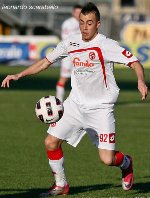 In June 2010 he was loaned out to Padova for the 2010–11 Serie B season. The talented midfielder made an immediate impact and quickly emerged as a key element for the team.

The youngster led the Venetian club to the promotion playoff finals where they then lost to Novara.

El Shaarawy played a total of 25 games for Padova scoring 7 goals in the process.

The young Italian will now return to Genoa and and help them battle in the Serie A for the 2011/12 season.

El Shaarawy has represented Italy in the U-17 and U-19 levels.

Stephan El Shaarawy has proved to be a genuine talent and it is only a matter of time before the youngster is called up to the senior Italian squad.

El Shaarawy is well known for his blistering pace and ability to unlock opposing teams with his trickery and clever passing.

The talented attacking midfielder also has an eye for goal which was proved during his loan stint with Padova where he scored 7 goals.

Being only 18 years of age, Stephan El Shaarawy has time on his side and will be able to develop his skills and talent to become one of the best midfielders in the world.

Is It Necessary For Beckham To Go Out On Loan?