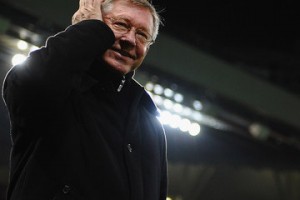 What are the premier league odds that Sir Alex Ferguson will continue managing Man Utd till he is 80 years old?

The scottish “hair dryer” master recently turned 70 and also celebrated 25 years in charge of Man Utd, the video above showcases some of the stars in football (Wenger, Mourinho, Ronaldo, Rooney) who pay tribute to the man who is either their manage or who has been their “foe” for a long time.

No matter how you see it, and even if you don’t support Man Utd, Sir Alex is one of the rare breed of managers that has succeeded in every tournament his team has entered and he has done so with a enviable level of consistency.

We at TFM wish him many more years of success.