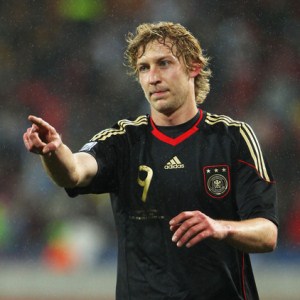 According to reports from Germany, Italian clubs are racing to sign Bayer Leverkusen and Germany international striker Stefan Kiessling.

The 26 year old, 6ft 4in striker is said to be a long-term target for AS Roma and now Serie A champions Inter Milan have also sounded out Bayer about his availability.

It is however believed that Bayer Leverkusen are reluctant to sell, with Kiessling tied to the Bundesliga outfit until 2015 but intermediaries are convinced Bayer would change their position for a bid of around €10 million.