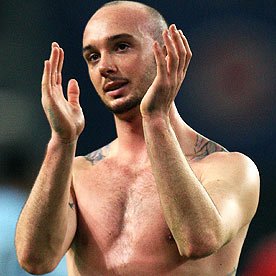 Manchester City midfielder Stephen Ireland has revealed that he will not be forced to leave the club for nothing.

It is said that the 23-year old has been included in a deal which may see Aston Villa’s James Milner join City whilst Ireland will go the other way.

However Ireland has said that he wants at least £3million a year if he is forced out of Eastlands and is not prepared to take a pay cut if he lands at Villa Park.

Santa Cruz : Tevez Will Honour His Contract Before Returning Home