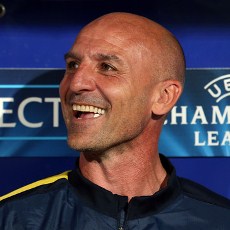 The Sun claims that Gunners legend Bould, 50, was given the green light by boss Arsene Wenger for his dressing room rant.

Wenger’s No 2 demanded a major improvement and accused some Emirates stars of not putting in enough effort. Wenger was also furious with his team but allowed Bould to have his say on this occasion.

The Arsenal chief and his players suffered abuse from the fans after two late goals from Michu sunk the Londoners.

Saturday’s rollicking was former defender Bould’s first major blast at the team since he replaced Pat Rice as Wenger’s right-hand man in the summer.

Bould is respected by all the club’s players and some would like him to be allowed to have more of a say in training.

Arsenal Pleased With The Performance Of Thomas Eisfeld