Hull City boss Steve Bruce is convinced that they are the sentimental favourites going into the FA Cup final with Arsenal. 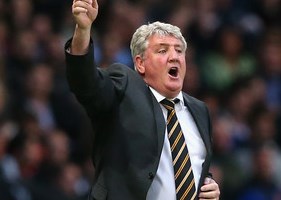 Twelve months after Wigan stunned Manchester City, Bruce is hoping to follow in the footsteps of his former club by leading the Tigers to a first ever major trophy, adding to the Cup’s legend.

The 53 year old said : “If you’re not an Arsenal fan, I’m sure the rest of the world will be rooting for Hull,”.

“Last year, we saw Wigan beat City, who were huge favourites. Everybody enjoys a shock and we are rank outsiders but that’s the beauty of the FA Cup – it can bring a bit of glamour.

“The memories of the FA Cup are ones you cherish when you have finished your career.

“That’s why, for me, it is the greatest competition. It’s a one-off game and a place where heroes are made.

“For a club like ours to take on the mighty Arsenal, it just has a fantastic ring to it. That’s what the Cup is all about.”