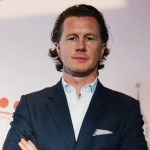 It has been reported that Liverpool legend Steve McManaman is delighted with their swoop for former Southampton striker Rickie Lambert.

If the 32-year-old England international can reproduce the kind of form that saw him net 13 Premier League goals last term, then McManaman feels that would be a superb return for such a low fee.

“If he can replicate those kind of figures for Liverpool I think they got themselves a really shrewd bargain,” he told the Mirror.

“As we know football isn’t about four-year signings or five-year signings, it’s about next year. It’s year to year unfortunately.

“It’s a wonderful opportunity for Rickie”.