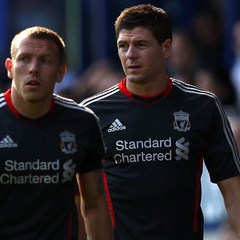 The England international told talkSPORT that he reckons the new faces will go on to lead the club back up the league.

He said: “All those players have made our squad an awful lot stronger. The mixture of experience and young players is going to take time to settle and produce top form on a consistent basis.

“But it is great to have those players in. A few of them have already got on the scoresheet and I think there is going to be big things for all of those players.”