It has been reported that Liverpool captain Steven Gerrard is out of England’s friendly with Chile. 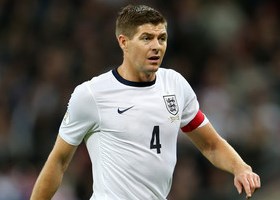 The 33 year old is confirmed to miss England’s clash with Chile – leaving Chelsea midfielder Frank Lampard to captain the side in his 103rd appearance, says the Daily Star.