It has been revealed that Liverpool captain Steven Gerrard has told Ross Barkley to stay with Everton. 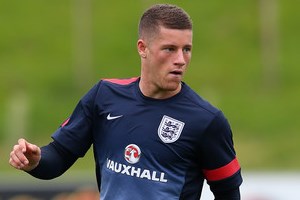 The 19 year old England international has been linked with Chelsea and Manchester United this week.

“Steven spoke to me a lot on England duty,” Barkley told the Liverpool Daily Post.

“He told me that I’m from Liverpool, a local lad playing for the team I support, and there is nothing better.

“He’s done that throughout his career. He said playing is the main thing, going to another team and not playing is no good for my development.

“He was good to me when I was away. I sat next to him on the coach and he gave me loads of advice.

“He said that the big-hitters are going to be looking at me and linked with me but that the main thing is I stay with the club I’m at, the team I support and the team I love, which is Everton.

“I love Everton and all I think about is playing for Everton.”