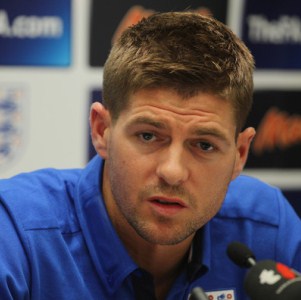 In a desperate attempt to lift his team, Liverpool skipper Steven Gerrard has called on the senior players of the club to pull together and get the Merseysiders out of the mire.

The Reds have dropped to 16th on the league table and are now out of the Carling Cup after a shock loss to Northampton Town during the week, prompting Gerrard to directly address the teams problems against Sunderland on the weekend.

“Throughout my career I have experienced both highs and lows and probably learnt more from the lows because you look at yourself first, look at what went wrong and try to learn from your mistakes.

“The players are allowed to be down today but it’s up to players like myself to pick them back up.

“Playing for this club there are big games every two or three days and we need to get everyone’s head focused on Sunderland now.

“I’ve been reading and listening to what they’ve been saying and they’ve all said we’ll get it right in the end – and we will.”