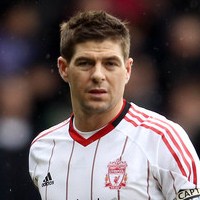 Steven Gerrard has declared that Liverpool must go for the Premier League title next season – and knock Manchester United off their perch!

The 31 year old England international is aiming for top spot as he has won every medal in the game apart from the one that matters most.

The Liverpool captain admitted: “If we were to get back in the ­top-four next season I think it would be a fantastic achievement.

“But we will be setting out to win the league – because that’s what you do year in and year out at Liverpool.

“The way that United were ­playing you knew the 19th was going to come.

“It did hurt because they are our biggest rivals.

“We’ve got a good side ­together.

“Hopefully, it’ll be ­strengthened with a few new signings in the next few weeks before we go back.

“Then we’ll be in a position where we’re competitive next season.”