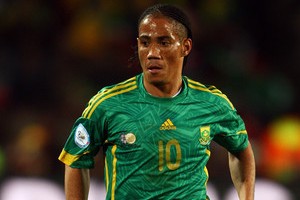 Everton have grave concerns of losing Steven Pienaar this summer.

It has been reported that the South Africa player, who had an outstanding season on the left side of midfield, was monitored by Liverpool this year, but Everton are more fearful of interest from Bayern Munich, Tottenham Hotspur and at least one other Premier League club.

The 26-year-old has a little more than a year left on his contract and with the two sides some way apart in negotiations, Ivan Modia, his agent, warned this week that Pienaar would appear certain to leave unless the impasse is resolved.