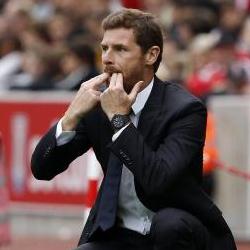 After a slow start, Chelsea dominated the second half, and were aggrieved with referee Mark Halsey who turned down a string of penalty appeals.

Stoke withstood heavy pressure, and goalkeeper Asmir Begovic made a superb save when he tipped Nicolas Anelka chip onto the crossbar.

That meant a place on the bench for Didier Drogba, a player who usually relishes the intense physical challenge of a trip to Stoke.