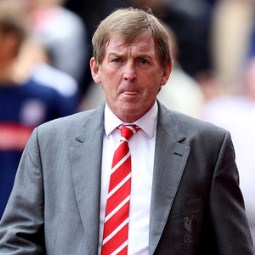 Stoke City maintained their unbeaten start to the Premier League season and ended Liverpool’s as a fine defensive display ensured a 1-0 victory at the Britannia Stadium.

Jonathan Walters grabbed the all important goal on 21 minutes from the penalty spot after being wrestled to ground by Jamie Carragher.

On 21 minutes came the major talking point as Jermaine Pennant’s lofted ball into the box found the former Ipswich Town striker in the area who was upended and referee Mark Clattenburg pointed straight to the spot.

Despite Carragher appearing to be the last man, the Liverpool skipper avoided a caution before Walters stepped up to take the spot kick and blast his penalty straight down the middle as Pepe Reina dived to his right.