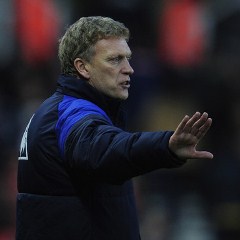 Peter Crouch’s first-half own goal and a second-half strike from Cameron Jerome left Stoke and Everton with a goal and a point each, as they drew 1-1 at the Britannia Stadium in their Premier League encounter.

Crouch was unable to avoid putting the ball in his own net on the stroke of half-time and Jerome had an immediate impact just 90 seconds after coming on as a substitute, levelling the score in the 69th minute.

Both sides went for the win but it remained all square, with Everton stretching their unbeaten run in the league to seven games and strengthening their hold on seventh position in the table as Liverpool lost to Fulham. A point for Stoke moved Tony Pulis’s side one place up to 13th in the standings.