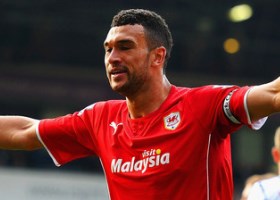 The Sentinel claims that Hughes wants to pair an England squad member (Caulker) alongside a player who should be in the England squad (Ryan Shawcross).

At least that’s how Stoke fans will see it if the deal was ever to come off.

Caulker would undoubtedly be in the market for a move if Cardiff go down.