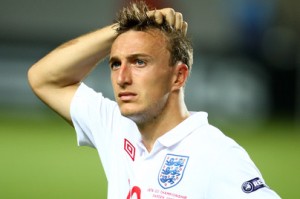 Stoke City are set to test Mark Noble’s loyalty by offering him a £5million deal to leave West Ham.

Potters boss Tony Pulis wants to strengthen his squad for next season and has already begun his search for new players with Noble at the head of his list.

The 23-year old midfielder has been put up for sale by Hammers owners David Sullivan and David Gold and Stoke are set to swoop during the managerial uncertainty the London club is facing following the sacking of Gianfranco Zola.