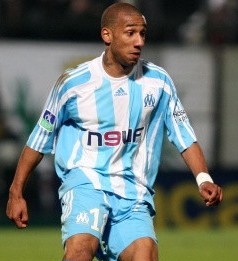 Interesting transfer news are out and it has been reported that Premier League club Stoke City are set to make a move for highly-rated Marseille midfielder Elliot Grandin.

The 21-year-old, who has also been linked with Birmingham, is expected to arrive at the Britannia Stadium to undergo a week-long trial on Sunday.

Grandin began his career at his hometown SM Caen, which won the 2005 Meridian Cup and was promoted in 2007 to Ligue 1. The right-sided attacking midfielder came through the ranks at Caen, joining Marseille in January 2008 for 400,000 €uro.

This season he has made 11 appearances, almost all of them as a substitute, claiming two goals.