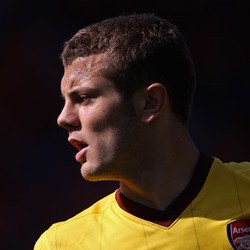 The Arsenal midfielder did an about-face after previously claiming he wanted to play, stating he was worried he was risking burn out after a long club season.

It is believed that the 19 year old changed his mind after being shown statistics by the Gunners medical department which indicated he was becoming fatigued.

Wilshere’s boss Arsene Wenger had already made his position clear by stating the youngster’s work load was too much and would affect his form next season if he travelled to the Championships.

However Pearce said: “I would say that every player at this stage of the season would be reasonably tired.

“Across the board at the end of a long season, players are more susceptible maybe to injury.

“One thing’s for sure – Arsenal have not left him out of the side in the last six weeks of the season, even though the stats have said he’s in red zone.”

But Pearce pulled back from directly criticising either the player or Arsenal.

“I think Jack’s got his own mind,” said the former England left-back, who also insisted he had not been angered or hurt by the teenager’s U-turn.

He played down the impact the Gunners’ earlier start to next season might have had on Wilshere’s decision.

“Arsene didn’t want him to go full stop,” he said, also insisting it would not upset him to see Wilshere play a full part in his club’s summer tour of Asia.

“What he does with Arsenal next season is irrelevant to me.”