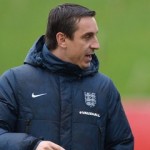 It has been reported that Gary Neville has sensationally QUIT as Manchester United ambassador.

The People revealed that Neville launched a scathing attack on his old club last week, when he compared Louis van Gaal’s side to a pub team after their 2-1 victory at Southampton.

Van Gaal has not taken the criticism well and Sunday Mirror Sport can reveal that there is a feeling at Old Trafford that Neville is now more critical of the club he served as a player for 18 years after leaving his role as an official club ambassador.

A United source insisted that Neville decided to step down because he felt unable to give enough time to the job when he has commitments with Sky Sports and as an assistant to England boss Roy Hodgson.

He has taken on a less demanding role as a ‘Manchester United Legend’ but Van Gaal is not happy about the criticism he has been receiving from former United stars like Neville and Paul Scholes.