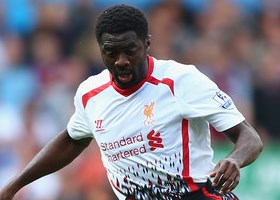 Liverpool defender Kolo Toure has admitted that Luis Suarez is primed for his comeback in the Capital One Cup against Manchester United.

The Uruguay international striker is sure to start after serving his ten match ban.

Toure enthused: “His return is going to be massive for us, definitely. He is a winner. He wants to win. I’m sure he will be ready to be thrown back in.

“‘Will he be ready? You saw from his international appearance the other week, in the first game he’d played for a while he scored twice (for Uruguay). That just shows how strong a guy he is. Suarez is a fighter. We want those kind of players in our team.” Adnan Januzaj Could Light Up The World Cup! – Giggs