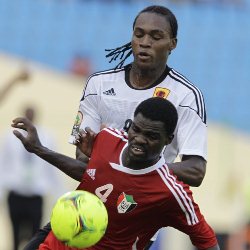 Sudan twice came from behind to force a 2-2 draw with Angola in an entertaining African Cup of Nations Group B clash.

Manucho gave Angola an early lead after he capitalised on a mistake from Najm Eldin, but Mohamed Ahmed Bashir scored a deserved equaliser as Sudan hit the target at an African Cup of Nations finals for the first time since 1976.

Manucho restored Angola’s lead from the penalty spot but Bashir again found the target in the 74th minute after a mistake in the Angola defence.

It means the fate of these teams will be decided in the final round of matches with Angola facing Ivory Coast and Sudan going head-to-head with Burkina Faso.