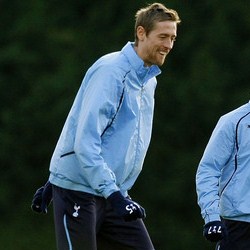 According to The London Evening Standard, Black Cats boss Steve Bruce is interested in the lanky England striker because he feels Crouch will suit the team’s style of play and combine well with Asamoah Gyan.

Bruce tried to sign Crouch for Sunderland in the summer of 2009 when the striker was at Portsmouth but lost out to Spurs, who succeeded with a £9m bid.

Tottenham are desperate to sell a forward so that they can bring one of their own targets, with Sevilla’s Luis Fabiano the new favourite, into White Hart Lane.


Drogba : I Am Not Worried About My Performance!