It has been reported that Sunderland are competing with Liverpool for Chelsea fullback Ryan Bertrand. 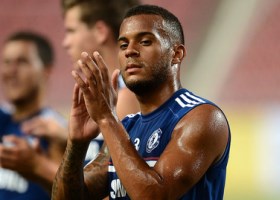 It is said that Reds boss Brendan Rodgers sees the England international as cover for Jose Enrique.

However, the Mirror claims that Sunderland boss Gus Poyet is also keen on Bertrand, who is out of favour with Blues manager Jose Mourinho.

Poyet hopes to set up a loan deal with his old club for the left-back.