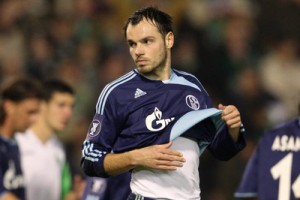 Interesting news are out and it has been reported that Schalke 04 defender Heiko Westermann is weighing up an offer from Premier League club Sunderland.

The Sunderland Echo has reported that Black Cats chairman Niall Quinn flew out to Germany to have talks with the centre-half’s club, Schalke 04, on Thursday and left with progress made on a potential deal.

But ultimately it will be up to the player himself to decide whether or not to go.

Westermann is in the middle of a lucrative contract at the financially stricken German club and is under no obligation to leave.