Reports are out claiming that Sunderland are preparing a bid for Liverpool striker Fabio Borini. 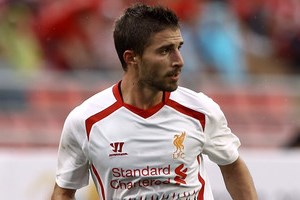 The People claims that the 22 year old Italian international had a hard time with the Anfield giants last season – his first in English football – and will be allowed to move on loan to recapture his form.

It is said that the former AS Roma striker wants first-team action but is aware that Kop boss Brendan Rodgers is closing in on a loan deal for Chelsea attacker Victor Moses. Arsenal Drop Out Of Race To Sign Nuri Sahin