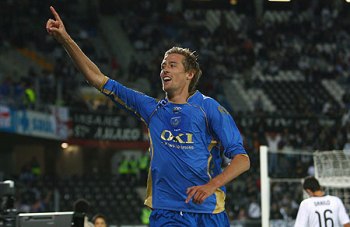 Latest transfer news are out and it has been reported that Sunderland FC have ended their interest in Portsmouth and England international striker Peter Crouch.

It was believed that the Black Cats agreed personal terms with the 28-year-old striker when he travelled to Wearside to meet manager Steve Bruce and discuss a proposed £12million last Thursday.

However, it is now reported that Sunderland have decided not to pursue the matter further, believing the England international wants to remain in the south with Fulham and Tottenham also targeting him.

Peter Crouch is 6 ft 7 inches (2.01 m) which makes him the tallest man ever to play for the England national team, as well as the tallest outfield player currently in the Premier League. Crouch has so far played 35 matches for Sunderland and scored 11 goals along the way.