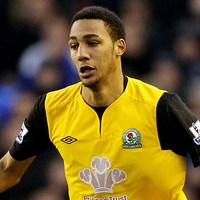 Reports have emerged that Sunderland are making a move for Blackburn Rovers midfielder Steven Nzonzi.

The Daily Mail reported that Rovers boss Steve Keane has reluctantly accepted the 23-year-old will leave Ewood Park for around £5million in the next seven weeks.

Sunderland boss Martin O’Neill, who is also keen on Nzonzi’s Rovers team-mate Junior Hoilett, is ready to match Blackburn’s evaluation after owner Ellis Short confirmed he will fund another spending spree this summer.

But O’Neill knows he faces competition from Arsenal, Tottenham and Aston Villa for the former Amiens player, who was one of the few pluses of Blackburn’s relegation last season. He has three years remaining on his current deal.