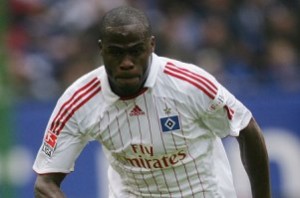 It has been reported that Sunderland have signed former Arsenal defender Demel from Hamburg for £2million.

The Ivory Coast international defender is at the Africa Cup of Nations in Angola but is believed to be undergoing a medical during the tournament before linking up with his new club.