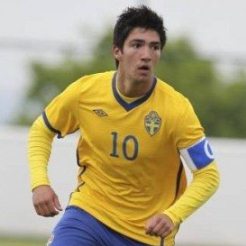 Sunderland are ready to deal in Swedish youngster Robert Mirosavic.

The Daily Mail says the Helsingborg forward made a good impression on the Black Cats’ boss Steve Bruce after training with the club recently.

Bruce now hopes he can ward off other clubs, including Arsenal, as he strives to get Mirosavic to sign a deal.

The starlet can play up front or out wide, impressing scouts from Barcelona, Real Madrid and Chelsea by scoring 49 goals in 45 games for Helsingborg’s youth team in the 2010-11 season.

The Gunners were rumoured to be interested in signing him in February but nothing materialised and Bruce is looking to capitalise.

Mirosavic could link up at the club with his compatriot Sebastian Larsson, who has impressed for Sunderland this season.