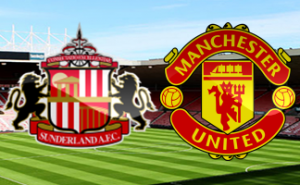 The 22-year-old was ineligible for Sunday’s 3-1 home defeat by parent club Liverpool under the terms of his loan agreement, but will hand interim head coach Kevin Ball a fresh option for the United game.

Ball has no new injury worries with striker Steven Fletcher continuing his recovery from a dislocated shoulder, while defenders Wes Brown (calf) and Andrea Dossena (thigh) work their way back to full fitness.

Manchester United manager David Moyes will check on the fitness of Wayne Rooney before finalising his line-up for the trip to Sunderland.

Rooney missed Wednesday’s Champions League encounter with Shakhtar Donetsk due to a shin problem – his fourth injury this season – and Moyes offered no update in Friday’s pre-match press conference.