It has been reported that super agent Jorge Mendes is fed-up with Real Madrid president Florentino Perez and plans to have David de Gea sign a new Manchester United deal. 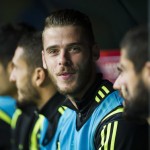 El Confidencial claims that Mendes is angry with Perez over the collapsed transfer.

The relationship between the pair is at breaking point – so much so that Mendes is pushing De Gea to not only sign a new deal with United, but commit to the club long-term.

Mendes has already held talks with United about contract negotiations and aims to convince De Gea to stay.

United have already made it clear to Perez he won’t get De Gea in January and should the goalkeeper pen new terms, they will prove even more stubborn negotiators next summer.