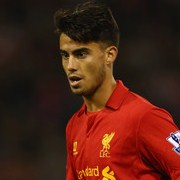 Reports are out claiming that Liverpool youngster Suso has been fined £10,000 by the Football Association for a derogatory Twitter post towards teammate Jose Enrique.

Regarding Enrique having his teethe whitened, the 19-year old Spanish attacker wrote of his fellow countryman: “What f*** is he doing ?… This guy is gay.

“He has some mentals problems. He does everything except play football.”

Despite posting the following apology – “I didn’t mean it in that way about ‘gay’. Don’t want anyone to feel offended. Just joking. But anyway sorry” – the FA charged Suso for ‘acting in a way which was improper and/or brought the game into disrepute.’