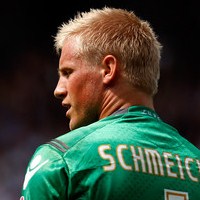 The 24-year-old summer signing from Leeds is playing under Eriksson for the third time, following spells at Manchester City and Notts County.

Eriksson told BBC Radio Leicester: “He is a great keeper. It was a great buy.

“I had him and Joe at Manchester City and I said I can’t see the difference between them – almost nothing.”