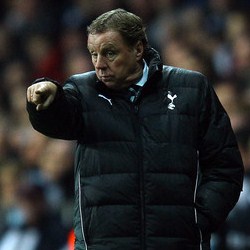 Rafael van der Vaart’s close-range finish had put Spurs ahead on the stroke of half-time.

But Spurs struggled to create many clear chances and Swansea looked the more likely to score at a sodden Liberty Stadium.

The home side’s reward came six minutes from time, as Freidel failed to deal with a deflected ow cross, allowing Scott Sinclair to tap into an empty net.

Spurs went into this game with more points after 17 games than the league leaders (37) had at the same stage last season, underlining their elevation to title contenders under Harry Redknapp.

Theo Walcott Hails The Impact Of Scott Parker For England