It has been reported that Swansea City boss Michael Laudrup has confirmed interest in Liverpool striker Iago Aspas. 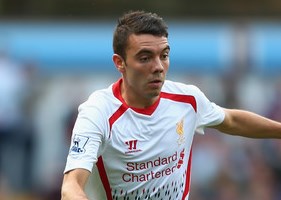 However the Dane believes it may prove a difficult deal to pull off.

“He is an interesting player, he was on our list in the summer,” he said.

“But he is at Liverpool and they have injuries too.

“Daniel Sturridge is out at the moment, so apart from Luis Suarez they don’t have many forwards right now so I don’t think that will happen right now.”