It has been reported that Lionel Messi is staying upbeat after Barcelona’s shock defeat at home to Valencia. 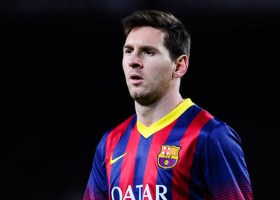 The Argentine international spoke to fans yesterday at a sponsors’ function.

Messi also spoke about the differences between Tito Vilanova and Gerardo ‘Tata’ Martino as managers of Barcelona: “Every manager has their own ideas. Tito was much more similar to Pep, as they had worked together for many years. ‘El Tata’ is different. You can see the differences.”