It has been reported that Barcelona coach Tata Martino was delighted with Pedro’s hat-trick in victory at Getafe. 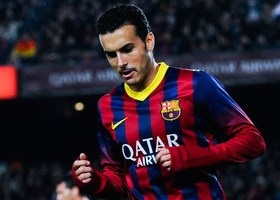 The Spanish international scored a hat-trick in the space of eight minutes.

Martino said: “Pedro doesn’t need to score three goals a game because he always scores. Pedro played a fantastic match and the team did as well. He has a great capacity to score, but not only with Barça but with Spain as well.” He added: “Pedro never gives up. It doesn’t matter if he’s a starter or if he comes into the match as a sub, he doesn’t give up. He plays in a position that has a lot of tough competition.”