It has been revealed that Kaka has told AC Milan not to pay him as he recovers from a new injury setback. 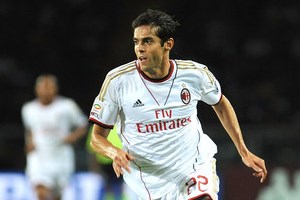 The 31 year old Brazilian international midfielder is set to be out for a month with a thigh injury, and has told the Rossoneri not to pay him whilst he is on the sidelines.

Vice president Adriano Galliani told reporters : “Kaka has made an extraordinary gesture in deciding not get paid while injured,”.

“He deserves to be applauded.

“Kaka was crying because of his injury when I spoke with him on the phone yesterday.

“It’s nothing to ashamed of.” Adil Rami On The Brink Of Joining AC Milan