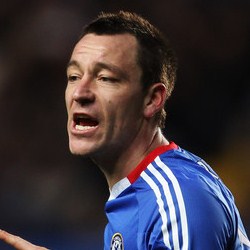 John Terry has declared that Chelsea can haul in Manchester United and successfully defend their title.

The Red Devils moved 10 points clear of Chelsea with victory at Blackpool, but the Chelsea captain is confident six points from two games against the Premier League leaders would give them a genuine chance of retaining the title.

The England international said: “We have to play Manchester United twice and two big results will turn it round. Who knows when the games will be played with us both still being in the FA Cup.

But the sooner the better for us and we can get our teeth right into the title again.”