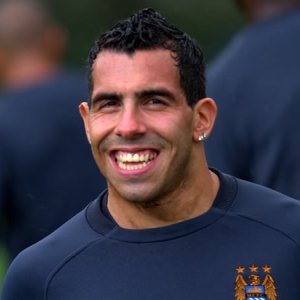 Carlos Tevez has declared that Manchester City is not obsessed with beating derby rivals Manchester United.

The Argentine international striker knows the magnitude of beating the Red Devils in one of world football’s fiercest rivalries is enormous but said the club would rather improve their performances week-by-week rather than be up for just one match.

The former Manchester United star said : “Any battle against the United defence is never easy,”.

“But at City we’re not obsessed by United. Our challenge is just to improve on last year and by doing that perhaps we can overtake our neighbours. That’s our aim.”