The Arsenal Supporters’ Trust has revealed that manager Arsene Wenger has a £42 million available for the January market. 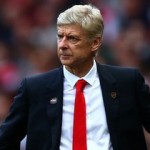 Gunners chief executive Ivan Gazidis insisted at last week’s Annual General Meeting that it is “quite untrue to suggest the club is sitting on a huge cash pile that it is refusing to use”.

However, the AST believe their independent analysis of the club’s latest set of accounts, ending 31 May 2014, reveals a cash surplus of more than double that figure.

Allowing for money to service debt (£35m), working capital (£20m), net player payments due this season (£16m), Champions League contingency (£25m) and a net summer spend of £70m all to be subtracted from the May cash balance of £208m, the AST claims there is £42m left for January transfers.

Published in the London Evening Standard, the AST report states: “Whilst we appreciate the commercial sensitivity surrounding spare cash for transfers, its inevitable fans want to understand what funds are available and we try and do this in an informed a way as possible, based on the actual report and accounts.

“The AST estimates that the spare cash available for investment in the squad in January is approximately £42m. Further additional investment will be possible in the summer of 2015 as long as Arsenal qualify for the Champions League for the 2015-16 season.

“The AST remains very frustrated that with such resources available further additions weren’t made to the squad in key positions. It now remains to be seen whether running such a small squad in these positions will prove costly to Arsenal’s title ambitions this season.”

Thomas Vermaelen : I Have No Intention Of Leaving Arsenal!