According to reports from BBC Sport, Arsenal boss Arsene Wenger doubts whether match-fixing will ever be eradicated from football. 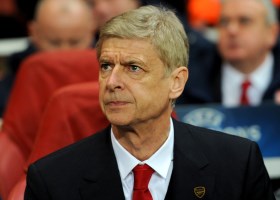 The Frenchman spoke as two men appeared in court charged over alleged match-fixing in the English game.

Wenger said : “Can it be eradicated completely? I am not sure,”.

“We absolutely have to fight against that with the strongest severity.”

The 65 year old hopes the current incident under investigation is an isolated one.

“Maybe the lower divisions are a bit more under threat because it is a bit more anonymous, there is less money so it is easier to buy people, but I don’t think that exists in the Premier League at all,” he said.

“I don’t believe that in England people fix matches, but we live in an international world and you cannot just stop it at the border any more. It is a new problem that we all face.

“I still think that 99.9%, the English game is completely clean.

“When you see the happiness of the players when they score goals, even in the lower divisions, the passion of the fans when I was at Barnet for example, I can’t believe there is a match-fixing problem in England.”