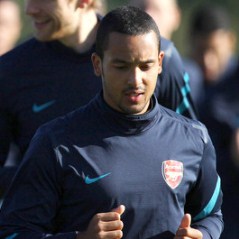 Theo Walcott has declared that Arsenal are capable of winning ugly when needed.

The Gunners kept themselves at the top of Group F with a goalless draw against Marseille at Emirates Stadium on Tuesday night.

“In the Group Stages you just want to get through, it doesn’t matter how you play,” Walcott told arsenal.com.

“I think it’s the same in any competition, it doesn’t matter how you win the game so long as you get a positive result.

“Nobody remembers the dirty 1-0s and 0-0s, it’s all about the finalists and it doesn’t matter how you get there. That’s all we can think about.

“Obviously we want to finish on top and we still have a lot to do. But now we will be focusing on the weekend and not the Champions League – that is what we do at this club, we focus on the next game.

“They come around thick and fast and we need to be physically fit and mentally strong as well. Bring on the games, we enjoy playing our football.”