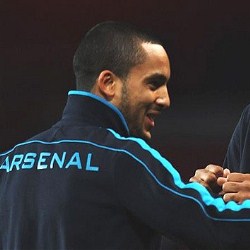 Theo Walcott has admitted that he knows he should be doing better for Arsenal.

By his own admission Walcott has not been at his best in recent weeks. However, the England international insists that he is his own harshest critic and is working hard to rediscover his best form.

Walcott told arsenal.com: “I just want to play my game and show people what I can do,” he said.

“I am the best judge of my performance, not anyone else. I wasn’t happy with my last few games but hopefully now I can try to get back to a level I should be at. ”

“I think it was a good thing that it was the FA Cup [on Sunday], it’s totally different to the Premier League. I think we needed a slight break.